We would like to keep in touch with our alumni and would like to put information on our web site about the careers you have pursued after graduation, so that current and prospective students can see the variety of exciting positions for which our graduates are hired.

Please keep your home and employment information current with us and with Alumni Services! You can update online by using the Update Your Information link on the Illinois State alumni main page. 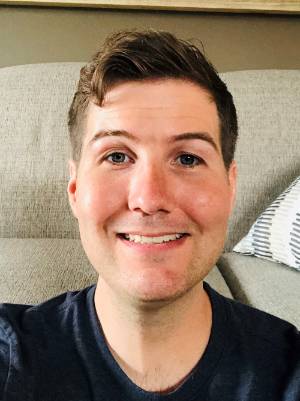 The SOA Alumni Board, established in 2016, is an advisory board to the department and serves as a fundraising instrument. The board meets twice per year to stay abreast of departmental affairs and student and faculty accomplishments. The primary fundraising goal is to create support for student study abroad and other student travel. Members of the board also serve as mentors and they invite students to contact them directly with questions.

Doug Irvine received his Bachelor’s in Social Sciences and Education, taught 6th grade for a year, and returned to join the first class of Sociology Master’s Degree students in the fall of 1969. Additional graduate work was done at Northeastern and Tufts Universities. He served as an Instructor/Assistant Professor of Sociology at Rhode Island College, then administered in a Junior College in Massachusetts. Returning to the Midwest, he continued in administration and occasionally taught as an adjunct in Sociology.

In 1984, he moved into college financial aid administration, a career that he continued in for over 25 years, and was very active in state and regional Financial Aid Associations, and served as President of the Indiana Student Financial Aid Association. He was in Washington, DC, planning a conference with financial aid colleagues and representatives from the U.S. Department of Education, when the Pentagon was attacked.

Retired in 2008, Doug still occasionally shows up at ISFAA conferences, has served on a scholarship program through the Lilly Endowment, and with his wife Janice, has endowed a scholarship in Sociology and a scholarship in Janice’s field, Education of the Blind and Visually Impaired.

Dr. Sally Pyne earned her Master’s degree in Sociology in 1987. Her thesis was qualitative and her topic in the Gerontology area. She taught “Introduction to Sociology,” developing the “Four Component Approach to Teaching Sociology,” as a condition of her assistantship, and was hired in 1985 as the Undergraduate Academic Advisor, Internship Coordinator and Assistant to the Chairperson. In 1990 she was hired full-time in what was then the Undergraduate Studies office where she oversaw the academic probation and reinstatement process for the university, in addition to other duties. Dr. Pyne earned her PhD in Educational Administration/Higher Education in 1999, again completing a qualitative research methodology study of academic dismissal, probation and reinstatement for her dissertation. In 2005, after leaving Illinois State University, Sally resumed her academic advising career at Lincoln College-Normal, eventually serving in the accelerated hybrid adult learning program.

“I am honored to be part of the inaugural SOA Alumni Board and am especially interested in using the skills I have acquired to facilitate mentorship opportunities for our alumni and current students.” Sally is thrilled to re-connect with the department and looks forward working to advance the goals of the Alumni Board.

Dr. Pyne retired in September 2015, and now enjoys traveling, yoga, visiting and being visited by her adult children and grandchildren and watching college basketball. She is basically a lifelong resident of Normal and her husband Ed owns “The Normalite Newspaper” as well as six other weeklies in McLean County. Sally is an active member of the McLean County Chamber of Commerce, as she assists with their leadership program since graduating from that in 2003. A true advocate of public service she has served on the McLean County Board after being elected to a two-year term, and continues to serve on various local boards that serve youth.

“I am happy to chat and meet with any student, or alumnus that might benefit from any experience I have had, or wisdom I have picked up along the way.” Dr. Pyne can best be reached at her email address: sally.pyne@icloud.com.

Alexis also studied abroad in Paris, France, in addition to completing internships with the Victim-Witness Division of the McLean County State’s Attorney’s office and with the National Science Foundation. Alexis is currently dedicating a year of service with AmeriCorps and intends to begin a sociology graduate program in the fall of 2018.

Tianna Webster is an IT Project Manager for Springfield Clinic in the Enterprise Project Management Office (EPMO) and manages enterprise wide Project implementations that focus on digital transformation and revenue cycle management. Previously, she was the Compliance Director and a Research Associate at the Bleeding and Clotting Disorders Institute, a federally funded Hemophilia Treatment Center (HTC) of Excellence in Peoria, Illinois. She oversaw their state and federal compliance programs, conducted principle investigator initiated research studies and directs their pharmacy accreditation program. Tianna has conducted a national survey for publication which she presented at the Thrombosis and Hemostasis Society of North America Summit (2016) with the renowned hematologist, Dr. Michael D. Tarantino. She frequently traveled all over the US and internationally to participate in clinical trial investigator meetings, data summits and to advocate for the bleeding disorders community in Washington, DC.

She completed her associate’s degree as a dual sport athlete at Green River Community College in Auburn, WA. She transferred to ISU where she studied Sociology and Minored in Psychology. While pursuing her degree as a full time student, Tianna also worked at OSF Saint Francis Medical Center as a Concierge and served at a local restaurant.

She lives by the mottos, ‘worker smarter, not harder,’ and ‘collect memories, not things.’ In her spare time you will find her on the volleyball court, spending time with her family and traveling.

Andrew Berryman, MBA graduated from Illinois State University in 2015 with a Sociology degree and a minor in Psychology. He went on to complete his Master's in Business Administration in 2020. He is currently a Sales Representative at Sierra Forest Products, where he is also a product manager, sits on the Architecture and Design team, as well as the Sustainability and Innovation Team. He is a fierce team player and loves teaching others and helping them accomplish their goals. In his free time, he makes his own wine and loves playing with his two dogs.

Olanna Pullen is the Associate Director of Community-Based Primary Care Partnerships at Methodist College in Peoria, Illinois. She oversees clinical partnerships with community based primary care clinics and organizations for a federally funded grant. Olanna collaborates with faculty, staff and administration to provide learning opportunities to enhance registered nursing knowledge, skills and attitudes of population health to grant participants. She co-chairs and recruits’ members to serve on the Advisory Committee. Prior to this role, Olanna served four years as the Project Coordinator for a federally funded grant awarded to Mennonite College of Nursing at Illinois State University.

She received her BA in Sociology and MSE in College Student Personnel Administration from Illinois State University. Currently she is pursing doctoral studies in higher education administration at Illinois State University. In her spare time, Olanna volunteers with other community organizations, spends time with family and friends, and likes to walk, sing, listen to music and read.

Following the experience at the Babyfold, “Sarge” chose to accept a challenging position in Social Work at Project Oz, Bloomington, IL as the Lead Outreach Interventionist and School Youth Specialist where he managed a federal task force grant initiative funded by the Office of Juvenile Justice and Delinquency Prevention, The United Way of McLean County, Project Oz, Bloomington School District 87, Unit 5 School District in Normal, IL, and the Normal amd Bloomington Police Departments. In this position, “Sarge” successfully created and sustained an intensive street outreach program for high-risk youth and families. He extended these services into the school districts where he co-created a student leadership program called H.Y.P.E. (Helping Youth Progress & Excel). This was made possible by a partnership with Bloomington High School and Chestnut Health Systems of McLean County.

After six years, he moved into Career and Technical Education, as the Business and Community Liaison at the Bloomington Area Career Center and the McLean –DeWitt Regional Vocational System. In this position, “Sarge” assisted with the daily operations of the student services department and was responsible for authoring grants, managing and developing special events and programs, establishing and maintaining partnerships with business and industry professionals, and conducting professional development and college readiness workshops for students and staff. Some additional services were provide due to a collaborative partnership with the McLean County Workforce Development Office, the University of Illinois – Extension Office and the McLean County Community COMPACT. He also served as the advisor for the student leadership program called SkillsUSA. He describes… “SkillsUSA is the Olympics of Career and Technical Education, and every student in this nation should participate in SkillsUSA!”

Next, “Sarge” switched gears and pursued a challenging career for the next five years in Property Management. In this unique role he managed a student housing partnership agreement between Millikin University and a local property management company that provided exclusive housing for Millikin students. He also worked for Leander ISD in Leander, Texas and is also enrolled in the Texas Teachers Certification program completing his certification in Special Education.

Currently, he works as a Restorative School Specialist for Project Oz in Bloomington, IL. He is also an active member of the ISUBCA (Illinois State University Black Colleagues Association), and in his spare time, "Sarge" enjoys spoken word, music, sports, roller skating and cooking. He also serves as a career and life coach and event planner.

Emma Meyer is the registrar at the McLean County Museum of History. She received her B.S in Anthropology and M.S. in Historical Archaeology from ISU before taking a position at the Illinois State Archaeological Survey in 2011.

After her two-year career there, Emma returned to higher education and received a certificate in Museum Studies from Northwestern University. In addition to taking courses, Emma worked in bank compliance at State Farm and volunteered in the library at the McLean County Museum of History. Shortly after completing her certificate program the registrar position became available and she moved from a volunteer to employee.

Lauren Fitts graduated from Illinois State University with a B.A. in Anthropology and a minor in History in 2009. After completing her field school with Dr. Jim Skibo on Grand Island, Michigan, she knew archaeology was something she wanted to pursue.

Lauren Fitts is currently a Supervisory Archaeologist with the Illinois State Archaeological Survey. She has worked for ISAS since 2010 and has participated in excavations from St Louis to Downtown Chicago. One of her favorite sites is located in Jersey County, Illinois and dates to around 9,000 years ago. Lauren has also been a volunteer at the Field Museum in Chicago since 2016. Lauren helps in the Anthropology Department and has held a few temporary positions within the department including Collections Assistant and Conservation Technician/Administrative Assistant.

Be a Featured Alum

We would like to showcase the talented and diverse alumni of the Sociology and Anthropology Department. If you are interested in being a featured alum, please send an email to sociologyanthropology@IllinoisState.edu with the following information:

The Illinois State University Alumni Association offers a wide variety of information and services of interest to all alumni.